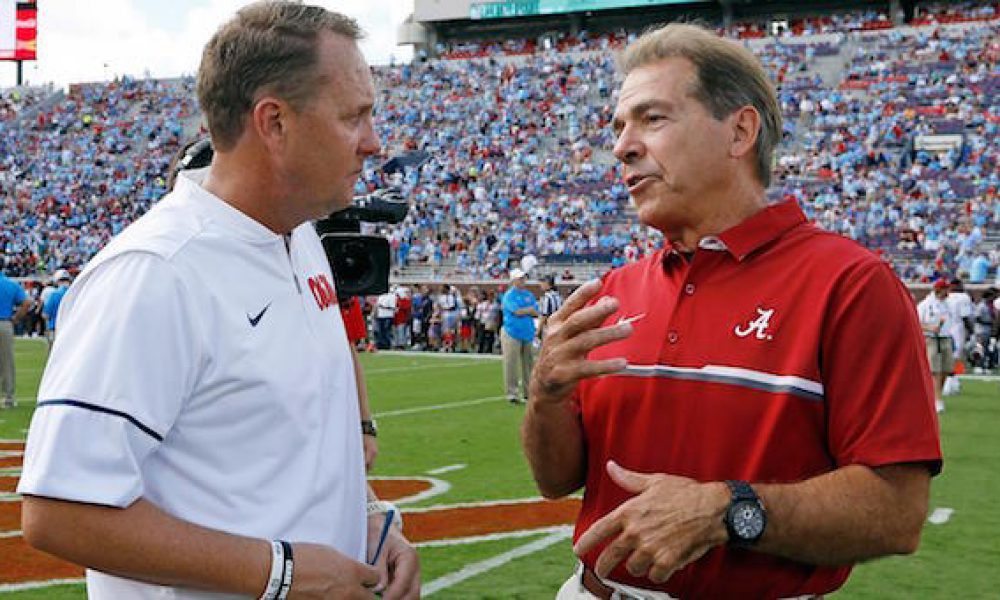 Every season, Alabama sends a surplus of talent to the NFL draft. This year, the Crimson Tide has taken that tradition to record-setting heights.

Six Alabama players were taken in the first round of the 2021 NFL draft Thursday night, tying the all-time record by Miami in 2004.

Wide receivers Jaylen Waddle and DeVonta Smith each went in the top 10 to the Dolphins and Eagles, respectively, joining former Alabama quarterbacks Tua Tagovailoa and Jalen Hurts. Cornerback Patrick Surtain II also went in the top 10, getting picked by Denver at No. 9.

After speculation that he could go as high as No. 3, quarterback Mac Jones slipped to No. 15, where the Patriots drafted him to compete with incumbent starter Cam Newton. The Raiders took offensive lineman Alex Leatherwood two picks later at No. 17.

The Steelers made Najee Harris the first running back drafted when they selected him with the No. 24 pick.

The strong draft showing this year continues the run of success from Alabama’s 2017 recruiting class. That group has produced eight first-rounders over the past two drafts, with Smith, Jones, Leatherwood and Harris getting picked this year. Last year’s draft featured 2017 signees Tagovailoa, offensive tackle Jedrick Wills, wide receiver Henry Ruggs III and wide receiver Jerry Jeudy, all of whom were taken in the top 15.