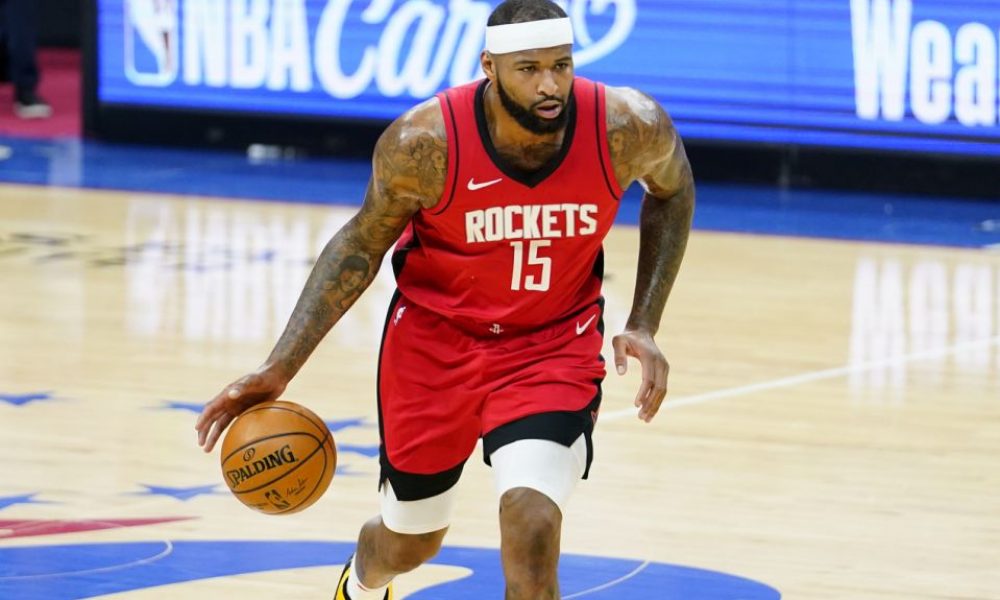 The Houston Rockets are releasing DeMarcus Cousins, sources tell @TheAthletic @Stadium. This allows the four-time All-Star to find a team elsewhere and garner interest on the open market.

The Rockets released center DeMarcus Cousins on Tuesday, according to The Athletic‘s Shams Charania.

Cousins will still receive all of his one-year, $2.3 million deal after his contract was guaranteed on Feb. 19, per ESPN’s Adrian Wojnarowski. Cousins is now a free agent, able to sign with any team in the NBA.

It’s been a difficult season for the four-time All-Star as he returned to the floor after tearing his ACL. Cousins is averaging a career-low 9.6 points per game this season, shooting just 37.6% from the field and 33.6% from three.

The Rockets have faced similar struggles of late. They’ve lost eight straight games following Tuesday’s defeat against Chicago, dropping Stephen Silas’s squad to No. 14 in the Western Conference at 11–18.

Houston has dealt with a host of injuries this season, including the extended absence of forward Christian Wood. The Rockets’ leading scorer hopes to return to the floor before the All-Star break begins on March 5 after suffering an ankle injury in January.